Normality is, by definition, relative. And with the arrival of my successor, I slowly start realizing that my year in Central African Republic is almost over. But I am also becoming fully aware that I won’t be able to share that year, my work, with most of my friends and family, with “normal” people. How could I explain to them that my normality, my daily routine, sometimes has nothing to do with theirs? 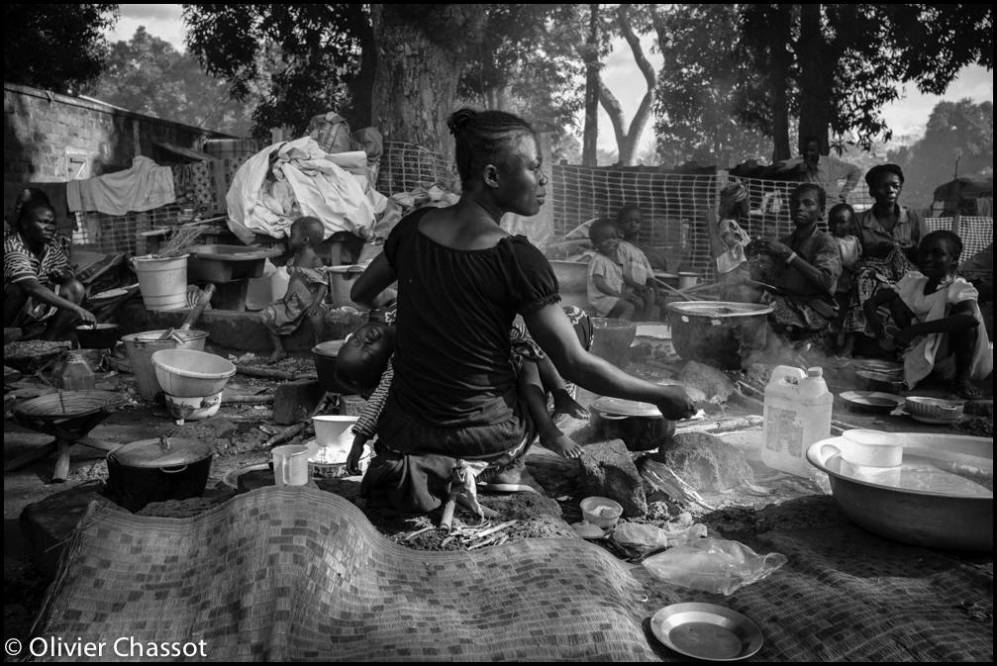 A few people will understand, but the majority will either think that I am unconscious and naive, or a brave guy saving the world. Except that I’m neither of them. Our references, our perception of life, security or definition of common knowledge just became quite different over time. And there is nothing wrong with that.

08 October 2013: Displaced cooking in Bossangoa, Central African Republic. [Click on the picture to enlarge it].

Sometimes, in extreme situations, you realize that normality is everything but universal. And that we all learn to cope with new situation, new surrounding. But are we all ready to leave our environment for something new? I have heard so many times people telling me that they would love to travel around the world, to work in Africa or to live far from their comfort zone. But what are they doing to realize that dream? What do you do to be yourself?