Someone just asked me if (and how) I have access to internet in the field. While I had a pretty good 3G internet connection in Darfur, internet in the South East of CAR is a rather rare and expensive resource. It is more or less either by BGAN (mobile solution, at 5$/MB) or by VSat (fixed installation, at about $1000/month), both using a satellite connection. Although I’ve been travelling lately with a BGAN for work, I can obviously only use it for professional and urgent matters (or it’s gonna become a rather expensive Youtube video…). But if I have the chance to get access to another organisation’s wifi, then it’s X-Mas and I can load the news on my iPhone and read all the daily articles of the New York Times, which usually keep me busy for a while at night.

However, being isolated has some positive aspects too. You can learn how to cook a monkey, stop a colon of aggressive ants going out hunting or simply how to make sure a turtle doesn’t flee before you start boiling it. 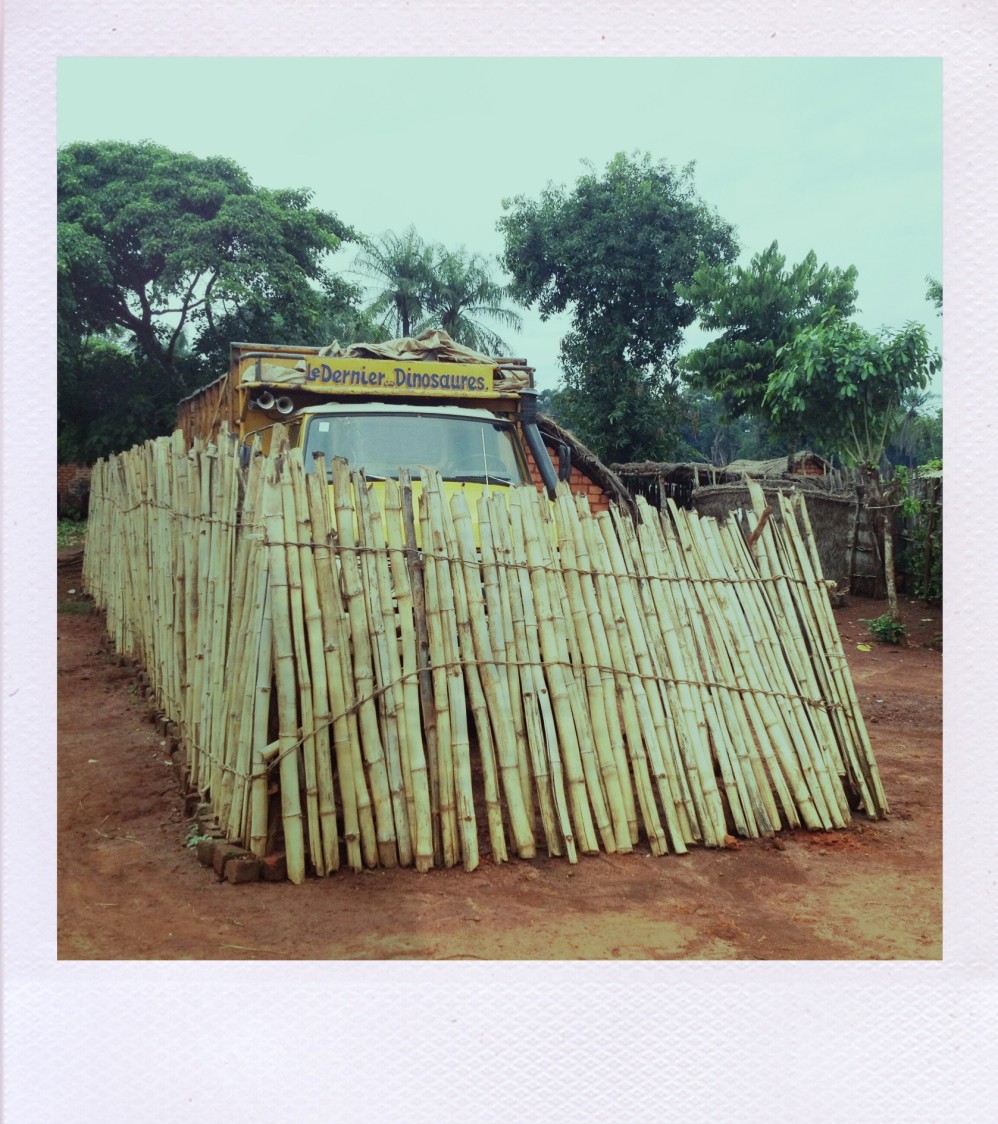 12 August 2013: Yes, after long researches, I finally found the last dinosaur, somewhere in the South-East of CAR [Click on the picture to enlarge it]

So, because it’s always good to know it when you have annoying neighbours or a spoiled nephew: How to cook a monkey?
It’s actually very simple: Find a monkey, kill it, throw it in a fire, carbonize it for a while, remove its hair, cut it in half, eviscerate it and chop it into pieces. Do NOT throw away its hands or head, it’s supposed to be the best parts and it’s a fantastic way to shock your vegan friends.