Walking in the streets of Cuzco, Agua Calientes or other cities in Peru, looking for a restaurant, is a weird experience. While the first was the capital of the Inca Empire and the second, also called Machu Picchu village, is the entrance door to the mystic Incan city, the majority of the restaurants proposes pizzas, burgers and pasta, adding only sometimes local food to their menu. 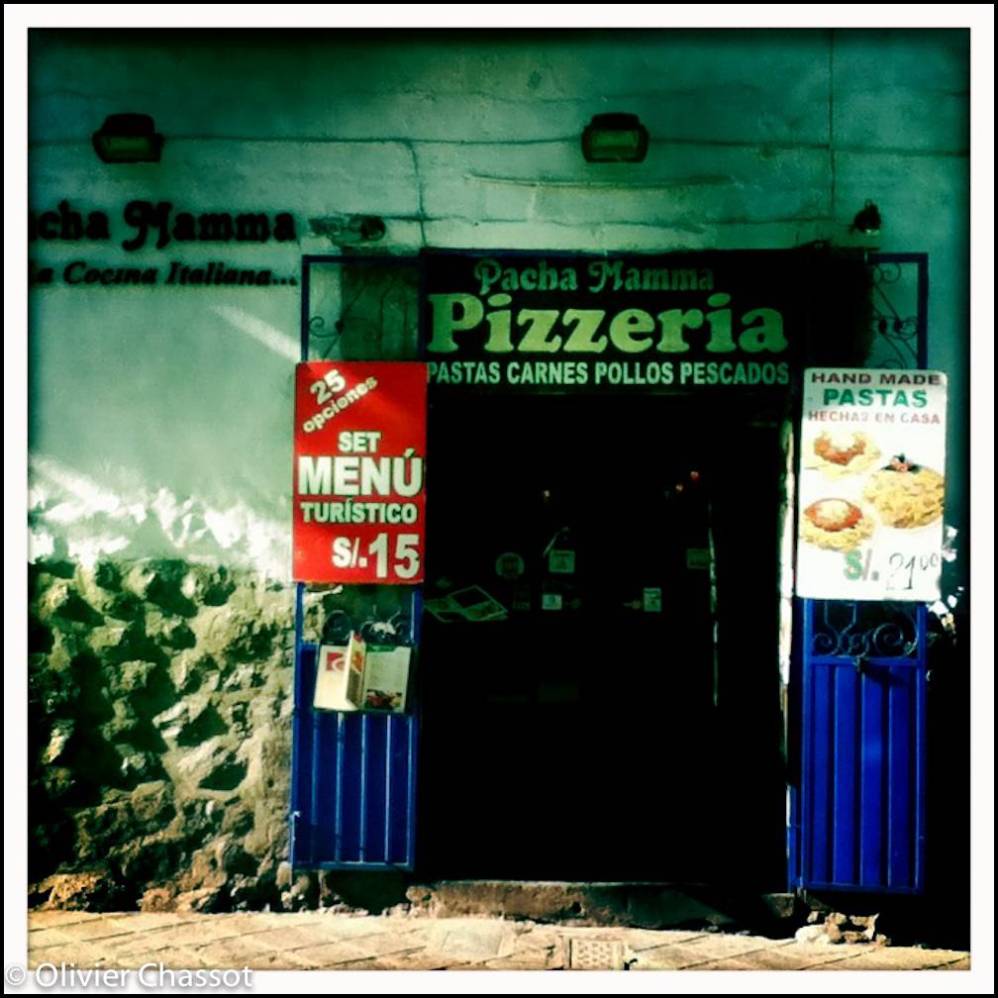 This phenomenon is definitely not proper to Peru. You can also eat German bratwurst, hot dogs, pizzas or other “international cuisine” on a beach in Thailand or in any touristic cities. But while it usually consists only in a small part of the menu or involves mostly very touristic restaurants, it seems to have infected the majority of the restaurants located at the center of the cities mentioned below. Consequently, it takes some time to find a restaurant providing local food and it is almost impossible to find a restaurant serving only local food and no spaghettis Bolognese or other pizzas. 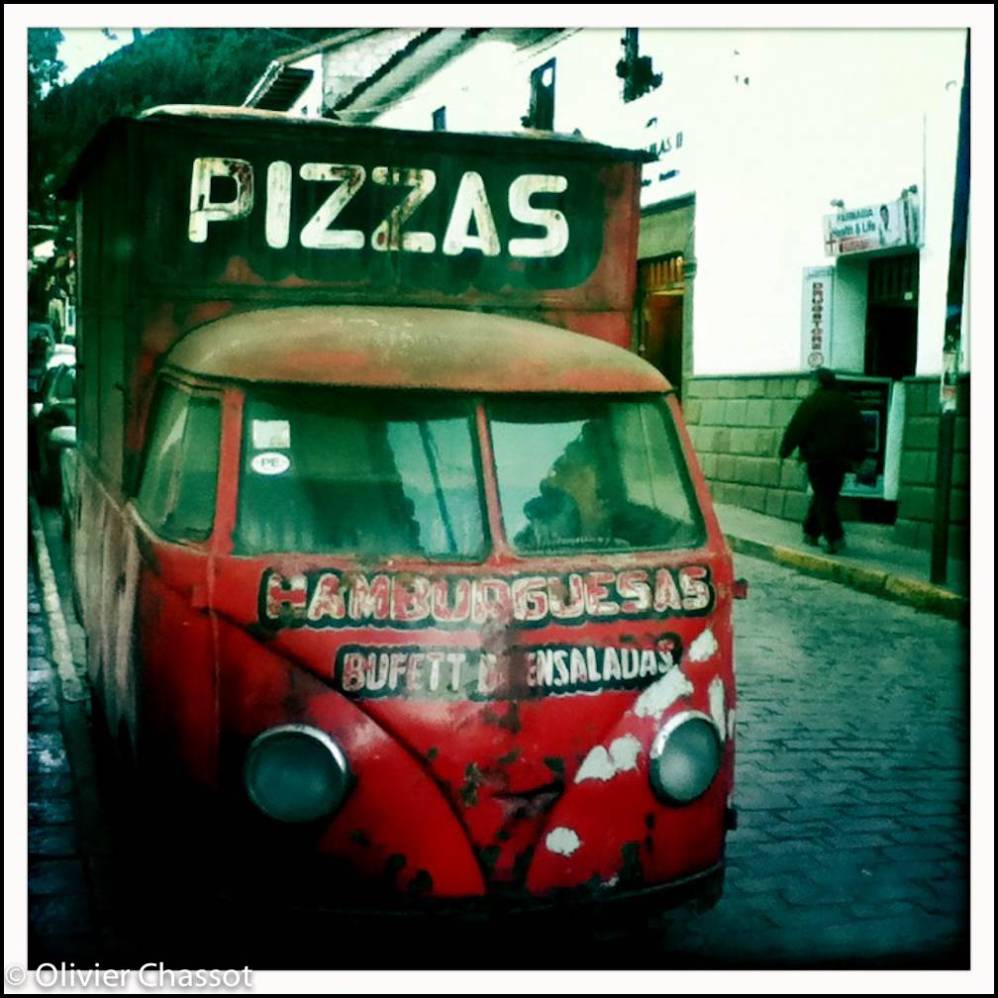 If there are so many pizzerias, it certainly responds to a demand from travelers. While I kind of understand it from people enjoying life on a beach during their week of vacation, I’m a bit more surprised to see that people crossing an ocean, spending hours in an airplane to discover a culture so different from theirs, have apparently not curiosity for or interest in local cuisine, nor the minimum amount of willing to adapt themselves to a new way of living or to local habits. We are not speaking about eating worms, wiping your ass with your left hand or drinking local untreated water. No, local cuisine in Peru consists of rice, potatoes, chicken, pork, vegetables, etc … Not exactly a big gastronomic step. 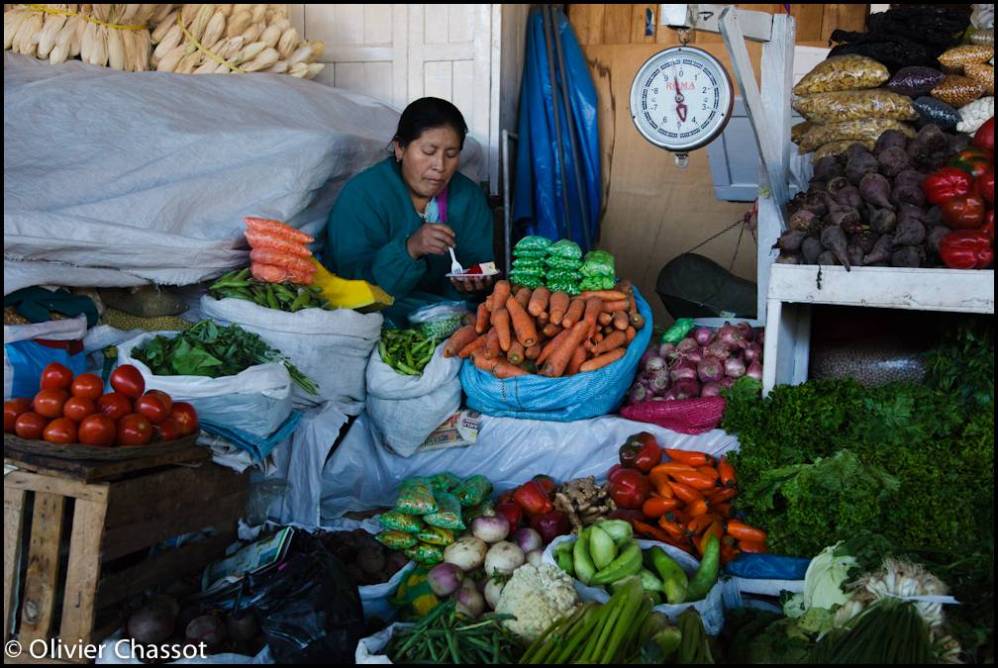 I’m afraid that this is one of the many examples representing the lack of interest or preparation from many tourists. It frequently starts with a group of (usually) girls climbing a mountain wearing flip-flop (“Nobody told me we had to walk that long during our 5 days trekking”) or of people having only t-shirts while traveling at 4000m altitude in winter (“I thought that every country south of Miami was warm”). However, they usually know exactly how much cost a beer and where to party topless (even if they are in a Muslim country).

I’ve considered for a long time that traveling was a unique opportunity to better understand the world we are living in, to put in perspective our own living condition and therefore, to improve our own existence. But while I still consider it as true, I’m afraid it doesn’t apply to everyone, especially when you don’t make some small efforts to discover a new culture/country, trying to adopt a different state of mind. The consequence of it is to have to deal with people, or to listen to their conversations, full of clichés: Africa is populated of poor people always begging for money and trying to robe you, but beer is cheap. Thailand is great because beer and girls are cheap. Laos is even better because food is cheaper. In Europe, everybody drinks beers, go out at night and eat tapas (if you have studied in Salamanca with non-European, you certainly know what I’m talking about). Traveling around the world is then just a unique opportunity to get drunk for free (or almost), to have sex with a pure stranger (after having spent three hours speaking about how boring are you respective countries) or of taking pictures in fantastic places, simply to update your Facebook profile picture. 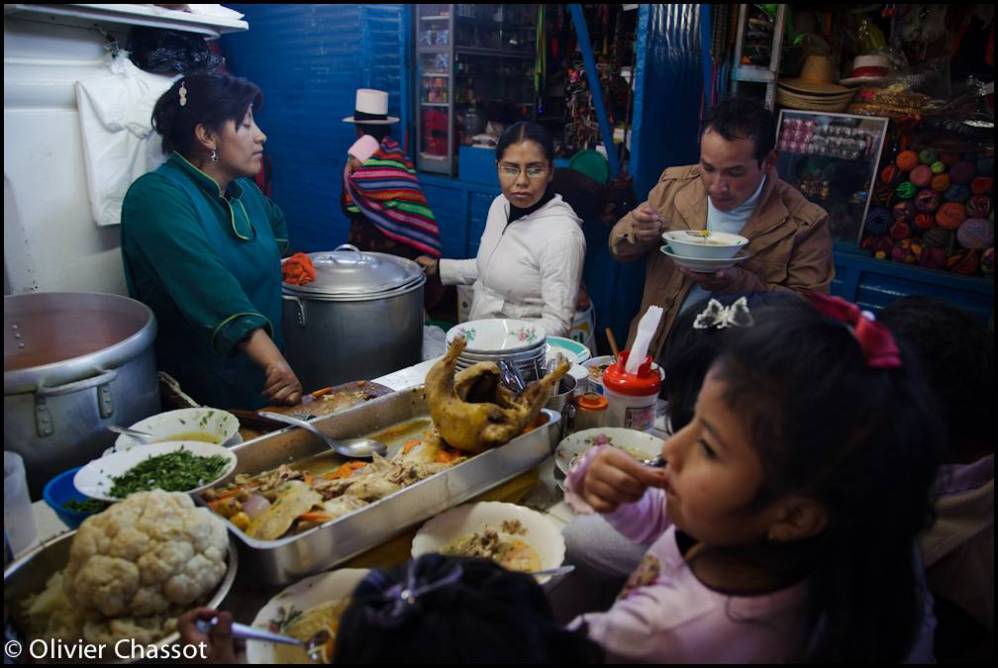 Maybe I’m a bit bitter or push it too far. Or maybe it’s just a new type of travelers, influenced by our dear Leo DiCaprio, who says in “The beach” that his trip in Thailand, “his beach life”, was the best time of his life. Indeed… sex, beers, drugs and a few gunshots for the fun.